In 2017, we pioneered the implementation of Islamic Microfinance in Uganda, an avenue that expanded micro-funding choices for our existing and new clientele. However, being a newly introduced mode of financing in Uganda, there are misconceptions and a general lack of understanding of what Islamic Finance is all about.

What is Islamic Finance?

Despite its name having a religious connotation, Islamic finance is not a religious product. It is rather financial products that are based on Shari’ah principles as generally laid down in Islamic commercial law. These principles include among others; abolition of interest (return after trading money) and promotion of profit (return after trading real economic goods) to promote real entrepreneurship, risk and reward sharing.

While most divine arrangements concentrate on teaching religious practices and remotely guide the economic affairs, Islam regulates both religious and economic affairs at the same footing. It is against this background that a big segment of the Muslim population has abandoned conventional finance due to its indulgence in unethical practices such as interest, speculation, and gambling among others.

It is important to note that Islamic finance adopts Shari’ah (Islamic law) only to the extent of commercial dealings and but does not extend to the other domain of religious affairs. Islamic finance therefore is intended to serve people of all religious denominations without discrimination. This is truer specifically when it concerns much with the universal ethical conducts such as honesty, justice, equality and fairness, which together form an essential part of all religious arrangements.

Previously, Islamic finance was catering for only the Muslim markets that wanted to avoid interest. By transcending religious beliefs to adopt a business paradigm, Islamic finance has gained a sizeable market share even in the non-Muslim markets who are keen on ethical finance and earning such as the USA, UK, Canada, Austria, Luxemburg, Russia and likewise numerous international financial institutions such as HSBC, JP Morgan, Lloyds TSB, ANZ Grindlays, Citi Group, Standard Bank, Standard Chartered Bank, ABSA, etc.

All these developments and uptake have come along because Islamic finance makes (business) sense to Muslim and non-Muslim entrepreneur alike. In 1995, the late Sir Eddie George, former Governor of the Bank of England, gave a proper account of Islamic finance;

When I looked into it a bit more, it seemed to me that in fact many of the financial products commonly used in this country already had some, at least, of the characteristics consistent with the teachings of the Qura’n: if only we could come to a better and more precise understanding of the Islamic financial products being talked about at that time… Indeed, it seems to me also that as a matter of general principle, a wide range of financial products would benefit the whole of our community, and that Islamic products could prove to be attractive beyond the purely Muslim sects.

Status of Islamic Finance in Uganda

Uganda has been flexible to respond to the new global trends, among others is including Islamic finance. This makes Uganda well positioned to become East Africa’s regional Islamic finance hub as it is the only Organization of Islamic Cooperation (OIC) member country and a country that enjoys a more comprehensive legal infrastructure of Islamic finance compared to other countries. While the operationalization of Islamic finance has delayed in the Ugandan Banking, Insurance, and Capital Market sectors, the Microfinance Support Centre has spearheaded its operationalization at cooperative and Microfinance level to give effect to government policy of bringing affordable financial services closer to the active and productive Ugandans.

The Concept of Cooperatives and how it Relates to Islamic Finance

Cooperatives are autonomous association of people with common interest through a jointly owned enterprise. The elements of cooperative and Microfinance institutions are consistent with the ideology and broader goals of Islamic finance in the sense that finance is meant to serve and not to exploit the society. Similarly, these concepts promote entrepreneurship and risk sharing and believe that all socioeconomic classes of people, including the poor, need to participate in entrepreneurship and should not be excluded from credit facilities.

For over 30 years, numerous cooperatives (community-based retail financial services) have been set up on principles that comply with Islamic finance to provide alternative Islamic financial products that would respond to the unique requirements of certain people. United Kingdom alone has set up over 22 fully fledged Islamic Investment and Finance Cooperatives (IIFC) that comply with Shari’ah principles. The nature of Islamic cooperative instruments lessens the over indebtedness of the poor people in the community and thus promote circulation of wealth.

Whereas numerous emerging economies have highly embraced Islamic finance at Cooperative and Microfinance level, the uptake in Uganda is still very low due to misconceptions and ignorance of the Islamic finance subject. It is against this background that the Microfinance Support Centre, a government agency, pioneered the implementation of Islamic finance since 2016 to support and complement the ongoing government programs of alleviating extreme poverty among the active and productive communities that are keen on complying with the Shari’a principles.

Islamic law prohibits the charging of interest (riba) as it is considered a form of injustice. According to the Law, money does not have intrinsic value and as such cannot be treated as a commodity. Therefore, Islamic financial institutions enter into partnership with their clients to invest in tangible projects or assets that are grounded in a real, as opposed to a speculative, economy.

Further, projects deemed unethical or socially irresponsible according to the Law, such as piggery, alcohol distilling, gambling or adult entertainment, cannot be invested in.

Is it only for Muslims?

Contrary to the myth, Islamic Finance is NOT only for Muslims. Sharia’h law is composed of five components, four of which require one to be Muslim or convert to Islam. However, the component referred to as man-to-man activities (muamalat) has no restrictions on religious affiliation. This component places emphasis on how humans relate with each other as far as political, social and economic activities are concerned. Islamic Finance falls under this component.

What modes of Islamic Finance does MSC offer?

1. Musharaka (Equity financing/partnership) means a joint enterprise or venture between two or more partners, in which the partners contribute capital (Musharaka capital) and share the profits and losses generated by the venture in accordance with the percentage contribution to the Musharakah contract.

2. Murabaha (Cost plus financing) is a transaction of sale of goods at their capital cost plus an agreed profit mark up. In this mode of financing, the seller declares the cost at which the good was purchased, and stipulates the amount of profit in addition to this. The purchase price and the profit should be known to the purchaser.

3. Mudaraba (trustee financing contract) is a form of partnership in which the financier or the investment capital owner (Rab-Almal) entrusts investment capital to the entrepreneur (mudarib) for undertaking an activity; while the entrepreneur provides expertise and effort to run the business. may not engage in the management process, but will periodically monitor the progress of the project that has been financed.

4. Salam (forward sale) refers to a contract in which advanced payment is made for goods to be delivered at an agreed future date. It may be used as an indirect financing of the purchase of raw materials.

5. Istisna is a contract based transaction under which a manufacturer agrees to complete a construction project on a future date for a fixed, agreed-upon price and with product specifications that both parties agree to. If the project doesn’t fit the contract specifications, the buyer has the right to withdraw from it. The contract doesn’t demand that the buyer pay in advance or that the manufacturer receive only a lump sum at the time of delivery. Instead, both parties can set a schedule of payment. This mode is widely used in the construction industry or for project/trade financing.

6. Ijara is similar to a conventional lease. The owner rents or leases his property or goods to a lessee for a specified time period at a fee. However, it is different from a conventional lease in that the lessor must own the assets for the full lease period; the lessor cannot charge interest if the lessee defaults on payments or delays payments; the leased asset’s use is specified in the contract. 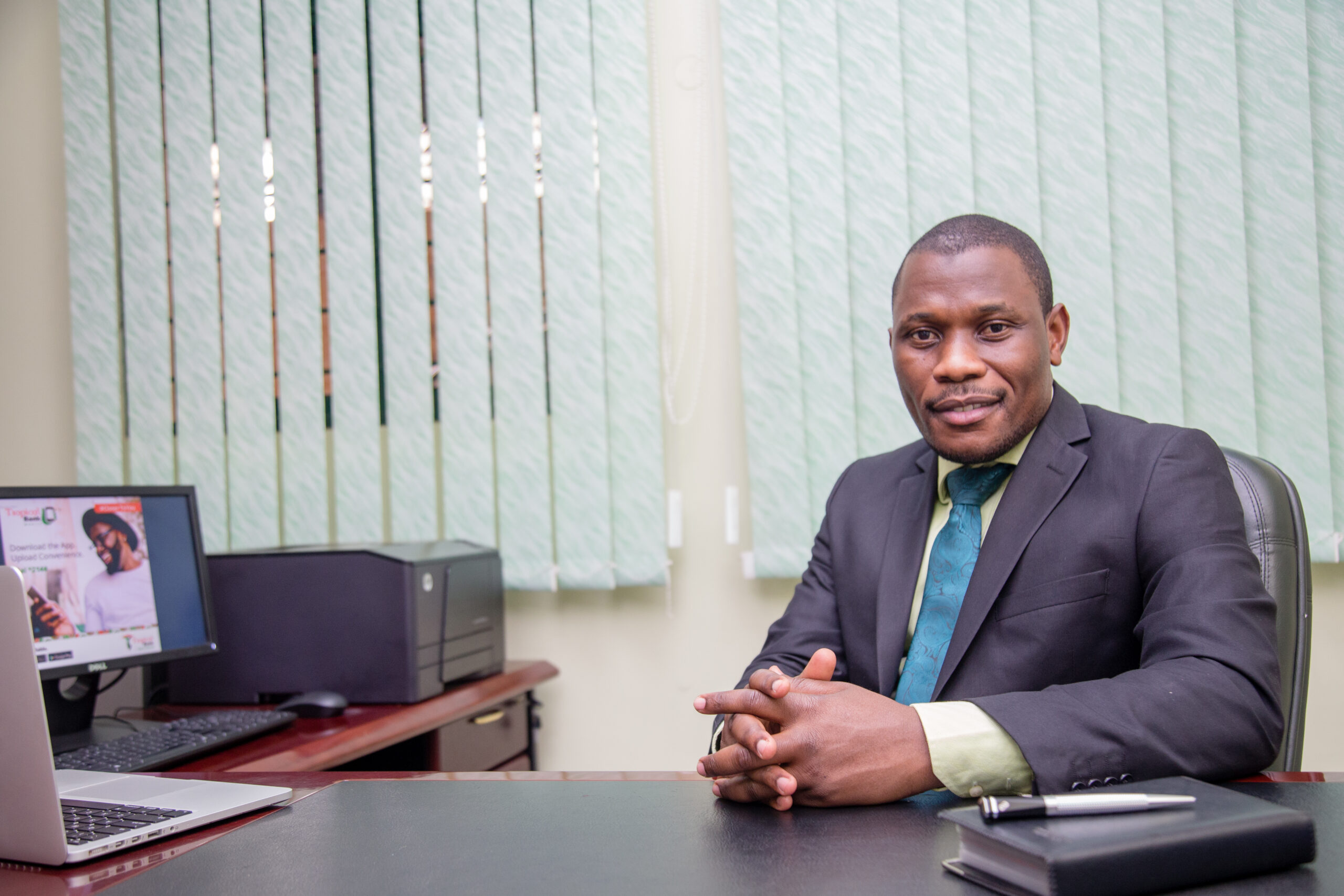 Lujja is a banker, Shari’a advisor and auditor who has practiced and taught Islamic finance, Shari’a and banking for over 10 years. He has actively participated in the process of amending Uganda’s legal framework to accommodate Islamic Finance and has worked with Government bodies, NGOs and the Private sector to develop Islamic Financial System in Uganda.

Lujja is the Manager Islamic Investments at Microfinance Support Centre LTD. He is a senior trainer of Islamic Banking and Finance Institute Malaysia (IBFIM) and a lecturer of Islamic finance at Islamic University in Uganda.

Lujja holds a PhD in Islamic Banking and Finance from Malaysia, an MBA (Islamic Banking and Finance specialization) from Malaysia, a Bachelor’s Degree in Shari’a from Saudi Arabia and a Bachelor’s Degree in Business Administration (Accounting specialization) from Uganda. Professionally, Lujja is a Certified Shari’a Adviser and Auditor (CSAA) of Accounting and Auditing Organization of Islamic Financial Institutions (AAOIFI) from Bahrain.

Ⓒ Copyright 2022  All Rights Are Reserved